eVetPractice is the leading cloud-based practice management software from Covetrus thats fully integrated and scalable for every kind of veterinary hospital. Accessible from any internet-enabled device with all the features and functionality you need to keep your team connected, eVetPractice expands your practice's capabilities through the Covetrus integrated platform for practice software, supply chain services and distribution, and pharmacy management. Special pricing available.

eVetPractice does not have a free version but does offer a free trial. eVetPractice paid version starts at USD 100.00/month. 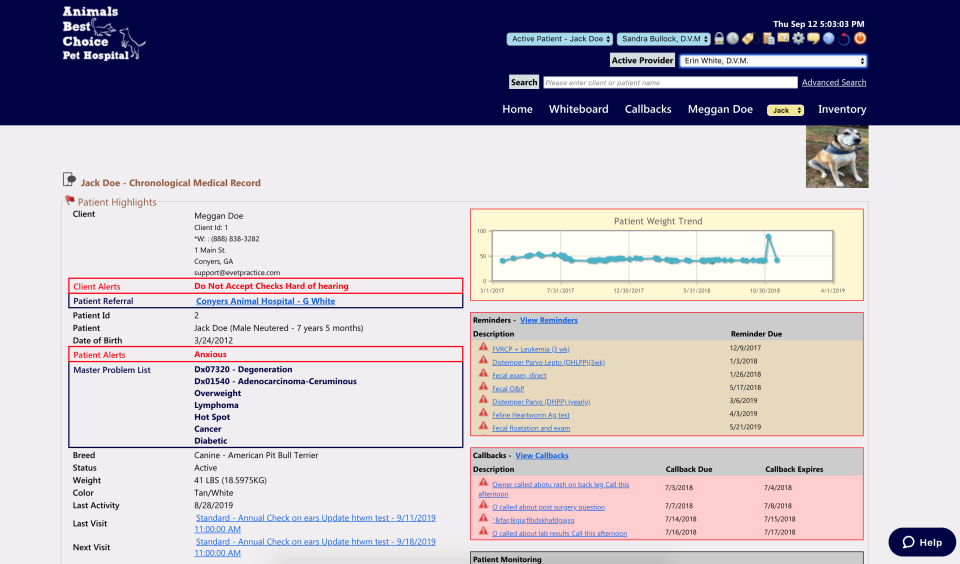 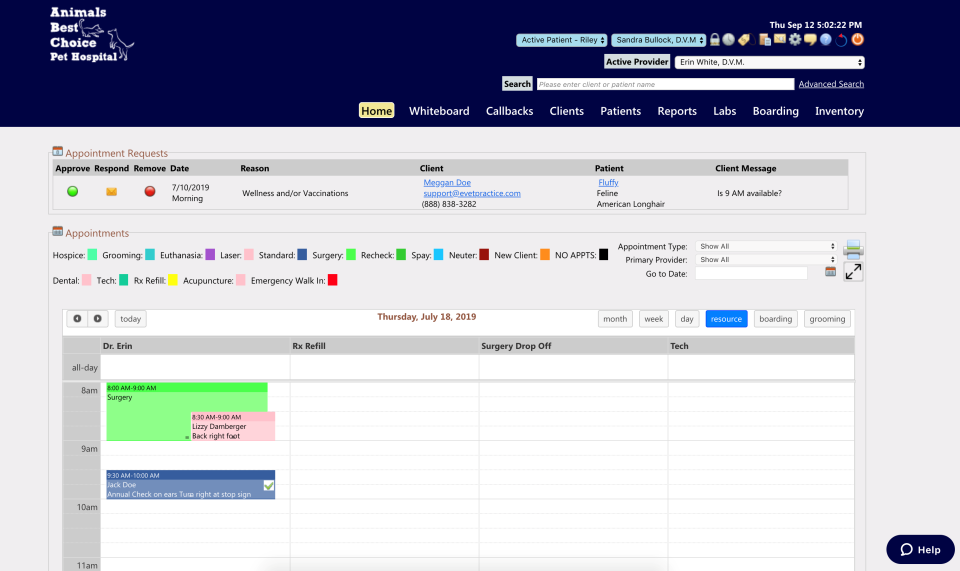 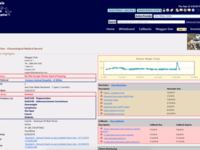 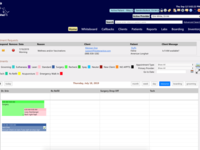 Cons: Navigating it takes a while to get used to, but worth it!

Thank you for the kind review, Caroline!

Comments: From the migration to current day, the training and support staff at eVetPractice have been wonderful. If I have any questions about anything, I can jump on a live chat with someone within a matter of minutes and almost always have a solution to my problem. It is very intuitive for the user and administrator.

Pros: This software is very easy to use. The development team is constantly trying to improve and take suggestions to make it better. The support staff is very responsive, and if they don't have a solution to a problem, then they take a note of it, and put it on their roadmap to develop. The software itself is very intuitive, and even people who have never worked in the veterinary industry seem to pick it up very quickly. I have some employees who are not great with technology, and this software is easy for them to use.

Cons: The only thing that ever bothers me, is at the end of the day, the server seems to become less responsive. The loading times are longer. My assumption is that it is the time of day when everyone is trying to run reports, which is a very cumbersome process on the backend of the software. Having reports run in a more timely fashion, and the slowdown at the end of the day are the only downsides I've seen thus far.

"Disappointing, a waste of time, energy and money. Very sad. "

Comments: I really have no pro's. The "idea" of what this software was going to be, was very far from what it ended up being. I loved the idea of going to the cloud. I loved that we would be able to access both of our locations from off site. There were numerous ideas on paper that seemed like it could be an ideal fit. Unfortunately, the idealistic roll out in my mind was far from the reality. I'm going to say this... when you speak to the CEO after you request a meeting, and within 60 seconds of the call, that CEO you are hoping will address your frustrations, laughs at you? Bad start. Now, I know what the response will be after reading my blurb below... something like, "Mrs. McIver, we apologize that you aren't happy with our software" or another similar phrase. But I am writing this not because I want a response, they very clearly told me they completed a "successful" migration and there was no further action they would be taking... I am doing it because I want people to know the facts. Have they had good runs? I'm sure they have! But when they have bad runs, the company's integrity get's challenged, and I am extremely disgusted with the way myself and my employee were treated during our recent conversation.

Cons: The facts of our run: Our first migration failed after the eVet team believed we wanted our two practices to be merged (however, there is not a mention of the word "merging" in any correspondence). This caused multiple issues both in confusion and legal issues. Although the time invested into that was a waste, and the havoc caused by switching software's back and forth was frustrating for the team and clients, we decided to move on and the team corrected the issue by splitting the clinics. The real concern's then came from the following... > The lack of transferring complete medical history by missing vital signs and documents and then being told "that isn't their job". > The mathematical error's experienced (4 to be exact) in only the first 13 days; calculating invoices way off of what the actual amount should be (screen shot's have been taken). > The 82 inventory discrepancies after coming from a clean run on our old software. > Broken links. > The poor client service and amount of time it takes to get answers on anything. The team on their live chat often don't know how to address your concerns, which then leads to them asking for more time to get you answers. So although the idea of live chat sounded really handy, it was very disappointing. > Records being printed with missing communication logs etc. I know our life on eVet was small, but the issues were too big to continue with.

The Vet Visionaries project was a disaster from the start. The conversion process was written and signed by them to merge both clinics, and only after we finished the conversion the group decided it wasn't what they wanted. So fine, mistakes happen, and we restarted from scratch. Then we finished that process and they decided to pull the plug. The failure of this project was communication breakdown, and that communication breakdown was on both sides. That is something we will strive to do better on in the future. The frustration in the review is because they thought they should get a refund on the conversion costs. We thought differently and they decided to write a negative review. We will take the lessons learned in dealing with this group and improve our processes for the better.
I would ask anyone reading this to also read the 73 reviews prior that contain 4.5 to 5 stars.

Comments: I have been using it for about 7 months and thus far I love it. The staff loves it. We are very happy.

Pros: This software is easy to use and efficient. The company is always working to make things better and seems to come out with new updates frequently. The updates have always been helpful and are usually driven by the companies that use the software.

Cons: There are aspects that could become more efficient but they will get there. The updates the company does is great.

Comments: Evetpractice is a good general software system if you are willing to set aside being heard and ignored for things that you suggest to be updated. It works but has much that can be approved upon.

Pros: Its easy ability to quickly learn using the software. It has many features that are essential to veterinary practices. The customer services is generally good. Its nice to be able to access the software with any device that has internet.

Cons: The system and updates seem to have declined since Covetrus purchased it. Update are slow, issues arise alot more then before and customer service has started to decline. Many times we have asked for assistance and the agents have seemed annoyed. Requests for updates that are crucial seem to not be as important as they used to be. Its confusing because the Covetrus also owns several other veterinary software programs that have been around a very long time. Those programs have many of the options that are needed for this software yet they are not available on this system. I think there is much to be desired since the software was sold to larger company that values it customers less.

Thank you for your feedback! I'm glad that you like your eVetPractice software. I've sent on your concerns about the updates and support. We're focused on continual improvement and always looking for feedback on how we are doing.

If you have any additional questions or feedback, please don't hesitate to reach us at [email protected]