Who Uses This Software?

Businesses of all sizes across the world trust Freshdesk to provide remarkable customer service.

Freshdesk is a cloud-based helpdesk system that offers powerful solutions for customer service. Freshdesk unifies conversations from email, phone, web, chat and social, and helps you resolve issues across channels effortlessly. With Freshdesk, you can also automate workflows, offer convenient self-service options, manage SLAs, and generate reports. Freshdesk is used by over 150,000 customers, including Bridgestone, HP, Harvard University and DHL. 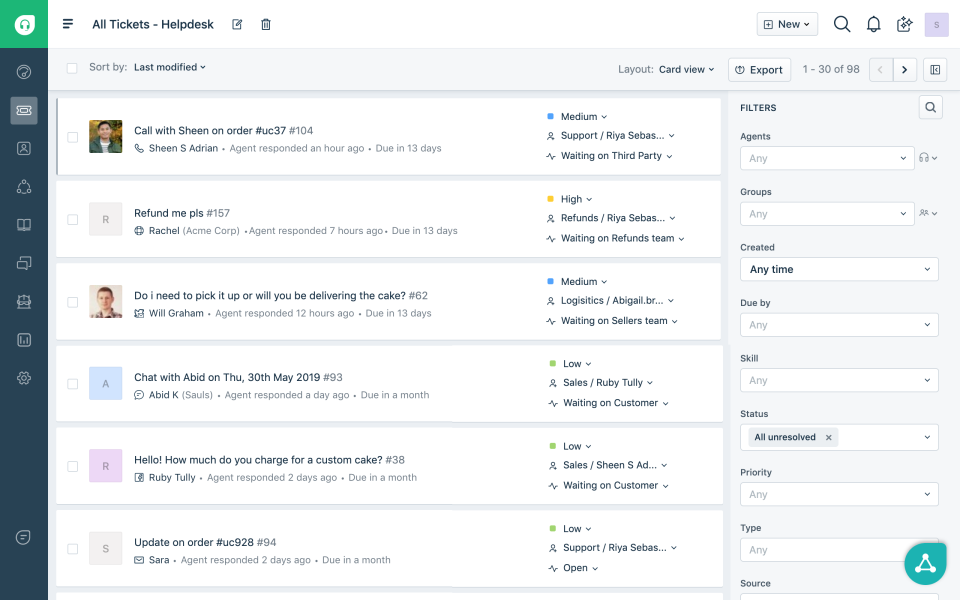 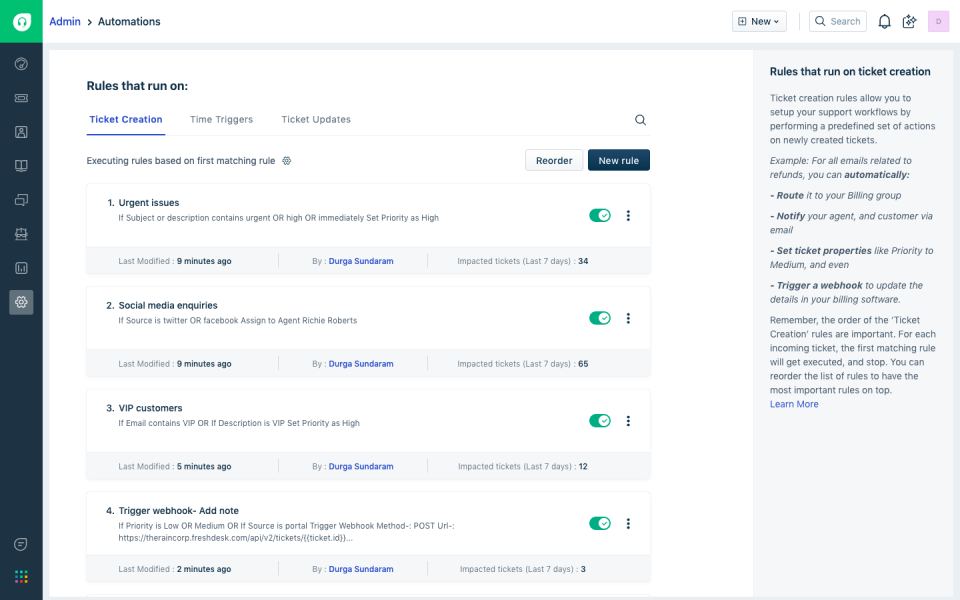 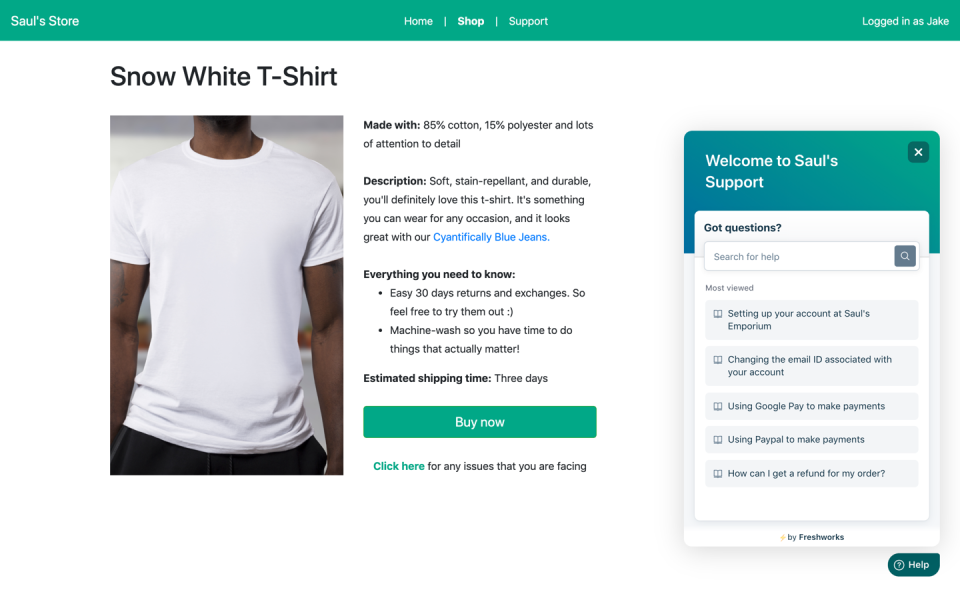 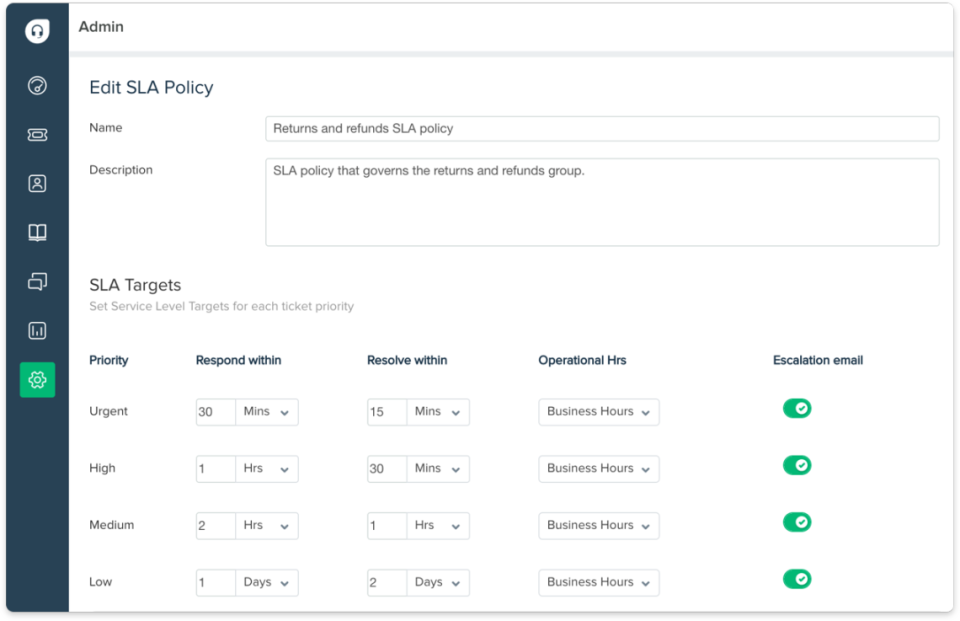 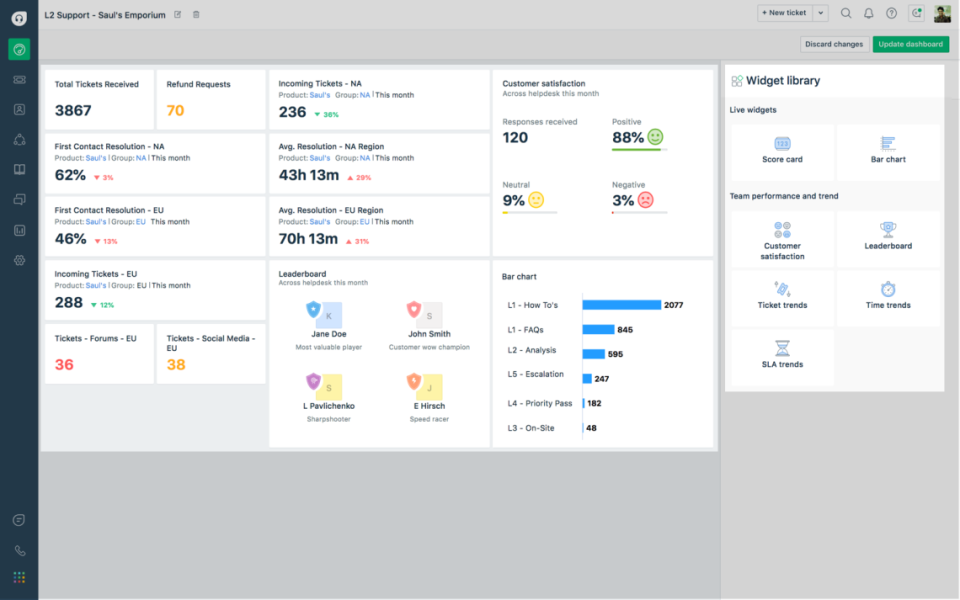 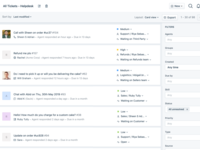 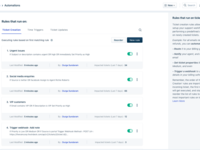 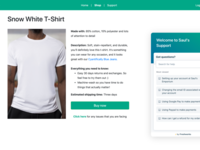 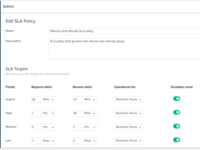 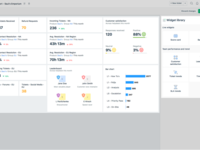 Great tool, even at the lower price tiers

Comments: Overall, my gripes are relatively minor, and for the most part have usable workarounds. FreshDesk has proven an invaluable tool for our small team, and I would recommend it to anyone looking for a solid ticketing system. In fact, I already have!

Pros: The interface clear and navigable, making it simple to switch from our old ticketing system. It's easy to work together on a single ticket, especially with the ability to create Private Notes visible only to agents. Email templates help speed things up, and time-based rules ensure that tickets don't sit idle too often. Also handy are the apps that allow you to expand some of the functionality or customize features. While the ticketing features are handy, I've recently started delving into the "Solutions", aka knowledgebase. It's easy to format, and gives you some flexibility with HTML. I think we'll be able to leverage it for some very useful tutorials. In the meantime, we have a single page with a picture from The IT Crowd captioned "Have you tried turning it off and on again?" Finally, I'd like to give kudos to FreshDesk support. They are very responsive, usually replying within a couple of hours. I don't think we've had a single ticket stay open (waiting for reply) for more than a day. As an example, another organization we support had difficulty getting outgoing email working. FreshDesk's DKIM service wasn't functioning properly, making it impossible for them to send mail from the tool. They identified the issue quickly, and were able to address the underlying technical issues in a satisfactory timeframe. Overall we haven't had many problems, but where we've had them, they got fixed or explained to our satisfaction.

Cons: Unfortunately, some of the explanations from support have been "That's available in a higher price bracket." We're on the "Blossom" level, the first paid tier, and some features that we'd find useful are only available in higher tiers that are cost-prohibitive for our two-person team. It'd be nice to have an a la carte menu to be able to add a few features for a few dollars, rather than nearly doubling our cost. Still, those features are "nice to have", not necessary, and we are functioning quite well despite their absence. I can definitely see how larger teams would benefit from them though, so I don't begrudge the tiers' mere existence. There are a couple of weird things about the Solutions builder. I wish it was more of a "what you see is what you get" tool, though you do have the ability to preview your drafts before publishing the page. For example, I wanted include some footnotes, using superscript numbers in the text for indexing. This wasn't in the available formatting options, so I used the [much-appreciated] HTML editor. The problem is, the numbers continue to appear as plain text in the standard editor, and only appear as superscript in the preview (and of course the published page). This makes proofing cumbersome.

Comments: We needed to migrate from a support solution that was bought out by Microsoft. Microsoft CRM Dynamics was too expensive, so we reviewed over a dozen solution providers. The Freshworks team worked with us to ensure we had a successful implementation (3 months - part time). They were also very receptive to our feedback and have incorporated those ideas into Freshdesk. We just got done adding another SSL certificate for our latest product's portal. The support team came through again with flying colors!

Pros: We use Freshdesk every day to capture and work customer-reported issues. The ease of use has a major factor migrating from our former portal solution. We were able to keep things simple while still capturing all the critical elements of the issues. The Solutions page (knowledge base) was/is very easy to maintain and update. From an Administrative perspective, the product is easy to configure and customize. Further, we have enjoyed nearly 100% up time over a year and a half!

Cons: We were hoping to port over prior ticket history from our prior solution, but were unable to capture "conversations" as part of our migration. However, Freshworks was able to create new records for each legacy ticket as part of our conversion. In the long run, only a couple customers ever noticed their prior ticket submissions.

Comments: I started as a free user and found it extremely versatile. My first hiccup was that, as a free user, when the advanced features that were included expired, they disabled my account. Instead of scaling it back it just went offline without warning. Once that was fixed we found an excellent way to continue with the free account until they implemented a "spam" update that invalidated all tickets sent to any email address except our main address. Again, this was done without warning and we were offline for 3 days. We have subscribed but it was done more out of necessity rather than being able to upgrade for full features.

Pros: I like the fact that it has a dedicated APP for mobile use, that I can use Email to respond to tickets, great search functionality as well

Cons: Interface could use an update to be more compact and show more information in a single screen. right now a ticket takes up pretty much every part of the display. Also, IOS app is slow on startup and refreshing

You're on your own

Pros: The platform is relatively user friendly and has a sufficient number of features to work well.

Cons: Service is highly unreliable, and if something significant happens - don't expect Freshdesk to be available to help you. It can take 2-4 days to get a hold of someone EVEN IF YOU ARE FUNCTIONALLY SHUT DOWN. Here was our experience: We had been using Freshdesk for 3-4 years and were relative experts on our plan. We arranged to make a change to our Freshdesk plan to switch to a multi-product platform. We upgraded to a plan costing 7x our current cost per user and requested to speak with a Success Manager to plan to the changes. It took persistence and some time to get on the phone with someone. The person we got has had relatively low product knowledge, but escalated to a very competent product engineer fairly promptly. We confirmed our plan and attempted to implement independently after business hours. We were forced to initiate a backout plan when errors and unpredictable behaviour blocked our completion. Our backout plan partially failed and customers were impacted for 3 days before we were able to get anyone to help us. We heard a myriad of responses via email as to why a phone call was not possible from, "I am not working today" to "I will give you a call next week at your convenience" and "I will have XX get a hold of you to help" - but no call, no chat, no email Q&A -- radio silence. We got the message loud and clear 'you are not that important'. Be warned - if something go wrong, the documentation is very modest and don't necessarily expect help.

Comments: Wonderful, I really like their 24hrs support system

Pros: With 5 years in business, we started seeing change in our revenues and employee behaviour in the last 2,5 years of using FRESHDESK. We stopped for sometime thinking maybe we could continue without these tools and a huge gap opened up thus we had to go back to the tried & tested.